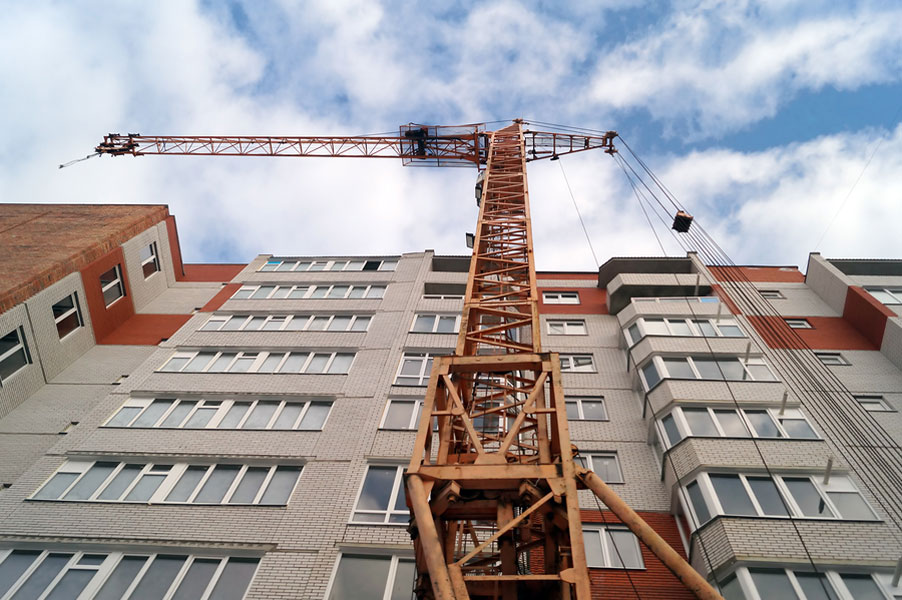 Developers finally broke ground recently to build a 12-story 219-unit multifamily housing and commercial complex at the former Sergeant Jasper site on Broad Street in Charleston.   Construction of the multimillion-dollar buildings, called The Jasper, should be completed by 2020.  The Beach Co. is the developer of the upscale project near Colonial Lake.

The large commercial building is one of the largest buildings the city’s Board of Architectural Review (BAR) has ever approved. The space will include 25,000 square feet of retail spaces on the ground floor. There will also be 75,000 square feet of office space along Barre Street. The 2017 approval of the Sgt. Jasper Apartments by the BAR came after a long protracted legal battle.   The Beach Co. revised its development plans over a two-year period to address the public opposition to the project.

Legal Battle Settled in Court by BAR and the Beach Co.

Initial plans for the Sergeant Jasper site drew strong criticism from the neighborhood when the Beach Co. introduced plans to tear down the 159-foot-tall 1950s building and replace it with a 14-story building with a low-rise development.  Neighbors and preservationists protested the density of the initial proposal, and as a result the developer revised plans for a high-rise mixed-use complex, which conformed to city zoning laws. The BAR rejected this proposal which resulted in the Beach Co. suing the board.  The developer argued that the review board had overstepped its authority and ignored current zoning laws which allowed the project.  The BAR finally approved the project after a court fight about the height and mass of the plan.

“Though the height, scale, and mass of this development was initially determined through a court process, the BAR was able to do outstanding work thereafter by working with the applicant to ensure that the highest quality design and materials will be used in its construction,” said Jacob Lindsey, the city’s planning director.

Beach Co. CEO John Darby commended the work of the BAR.  He said “the surrounding neighborhood is one of the most desirable on the peninsula, and the city’s Board of Architectural Review has commended the high quality of architecture for this special waterfront project.”

The Preservation Society of Charleston opposed the Beach Co. plans on the new structure.  Winslow Hastie, head of the Historic Charleston Foundation said his organization “opposed the height and scale of the project, but ultimately lost in court.  We wish something more compatible with the surround Historic District were being constructed.”