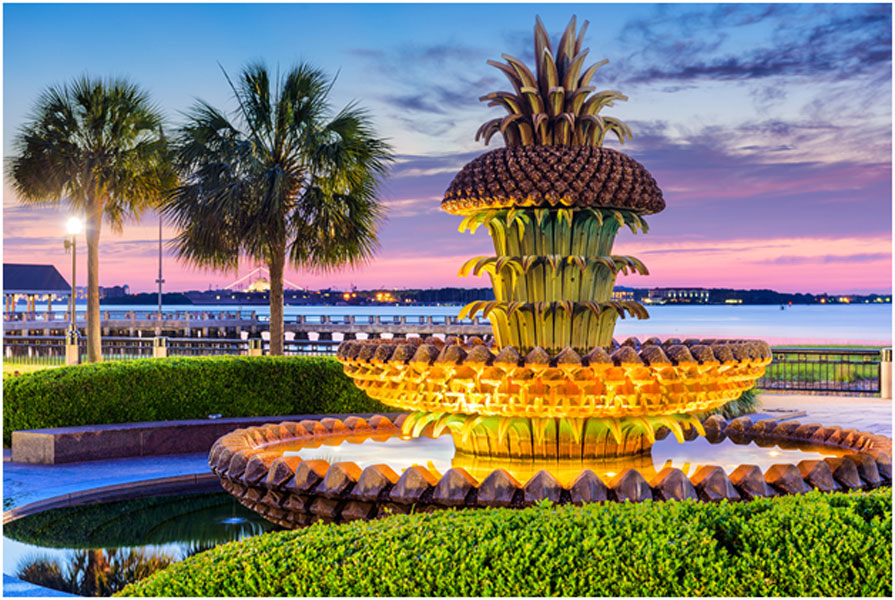 The new condominium development near the South Carolina Aquarium is a rare project in new residences for the Charleston downtown region.  The construction of the new four-story Gadsden development is near completion. By the end of the year, 76 units will be available at Laurens and Concord Streets.  The $60 million development is one block from the waterfront at Gadsdenboro Park, and features one, two, and three-bedroom units.  The condominiums will start at the low $400,000 and go up to $1.3 million in price. The condominium complex has already sold 33 of the units according to Mac Triplett, sales manager for East West Partners, the project’s developer.

East West Partners has an active presence in the local market, with the recent deal to complete the 54 high end Tides IV condominium units at the base of the Ravenel Bridge in Mount Pleasant. “We are seeing strong demand among empty-nesters and people who seek a second home in this urban setting,” said Miller Harper of East West to the Post & Courier.

East West Partners was involved in the development of the 49 unit One Vendue Range. They aslo developed the City Gallery at Waterfront Park, which is near the new condominium complex.  Harper said that the big demand for units at Tides IV “proved to us there is an unserved condominium market in the Charleston area.”

Condominium and Apartments Coming to Charleston

The Gadsden development is one portion of a 10-acre tract that includes Gadsdenboro Park and Williams Terrace senior housing.  The new condominium units are close to the Aquarium, the Maritime Center, Ansonborough Square and the future African American Museum.

Another apartment project is underway a block away near the Harris Teeter. This project will begin construction around the time the Gadsden condos are completed.  The new apartment complex will have 148 units available in its four- to five-story building. “We have seen, with the resurgence of residential, which has been phenomenal the past five years, that people want a place to live on the peninsula,” Harper told the Post & Courier. “And not everybody wants to live in a home where you have to worry about the roof leaking.”