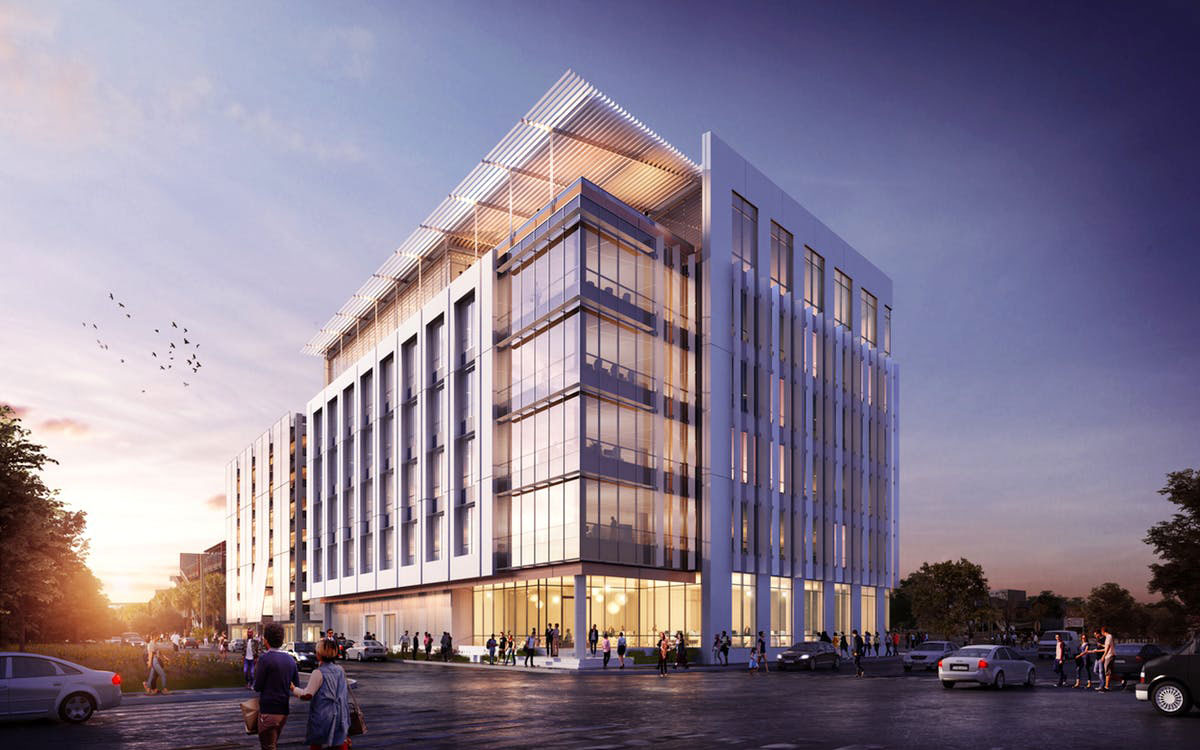 Charleston Digital Corridor is the anchor in the building and will use 16,600 square feet of office space.  The building will be designed to provide flexible office space for up and coming tech employers.

“The CTC represents a significant milestone for Charleston’s tech economy, one that has grown from 17 companies in 2001 to over 450 today.  With this building, we are well-positioned to serve an expanded base of tech companies through a broader offering of business, professional, and educational services”, said Kirk King, Charleston Digital Corridor Chairman.

Bobby Hitt, South Carolina Secretary of Commerce added, “South Carolina’s technology sector is booming, with more than 7,400 tech-based businesses pumping $12.6 billion into the state’s economy.  The Charleston Tech Center will be a creative hum that fosters ingenuity and gives innovative companies a place to plant their roots.”

South Carolina U.S. Senator Tim Scott was instrumental in developing and passing legislation to create the Opportunity Zones, and believes this latest Charleston project is a prime example of how Opportunity Zones come to life.  “When the private and public sector come together to invest in some of the most overlooked parts of our nation, big things can happen.  I’m looking forward to the new jobs, small businesses, and potential that this partnership will bring to the Holy City.”