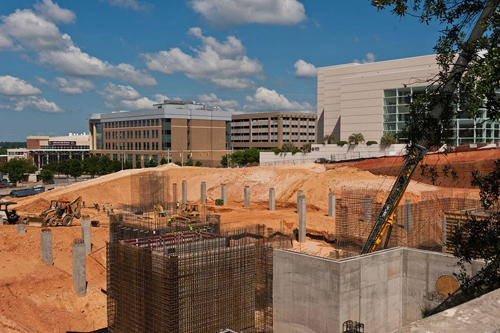 Charleston’s Post and Courier reports that economists from The University of South Carolina are claiming that the Palmetto State is officially out of the economic recession. USC economists Doug Woodward and Joseph Von Nessen told The Post and Courier that the SC economy has largely benefitted from its emphasis on manufacturing. They point out that manufacturing has been a strong suit for South Carolina over many decades but that another industry stepped up in 2015 to bring the state out of the recession.

Woodward and Von Nessen say in their report on the SC economy that the economic growth experienced in 2015 is largely due to construction and housing markets. And, as mentioned by The Post and Courier, construction is expected to continue to fuel the Palmetto State’s economy during 2016.

The SC economy is strong and is expected to continue to get stronger throughout 2016 and the coming years. However, a key issue that could affect the continued growth of the SC economy is the state’s infrastructure, as Woodward and Von Nessen point out. Many of SC’s bridges, roads, and public structures are in bad shape and declining. Thus, in order to continue to progress, the state needs to work out a plan to improve the infrastructure. Economists at The University of South Carolina predict that the state will address the infrastructure issues before large companies look elsewhere for future developments.

Founded in 1976, Carolina Services Inc. (CSI) is Charleston’s premier commercial space planning and improvement company. We pride ourselves on providing customers with the highest quality construction solutions that are on time and within budget. Contact us today to see how CSI can help design, manage and implement innovative and cost effective solutions for your commercial space.