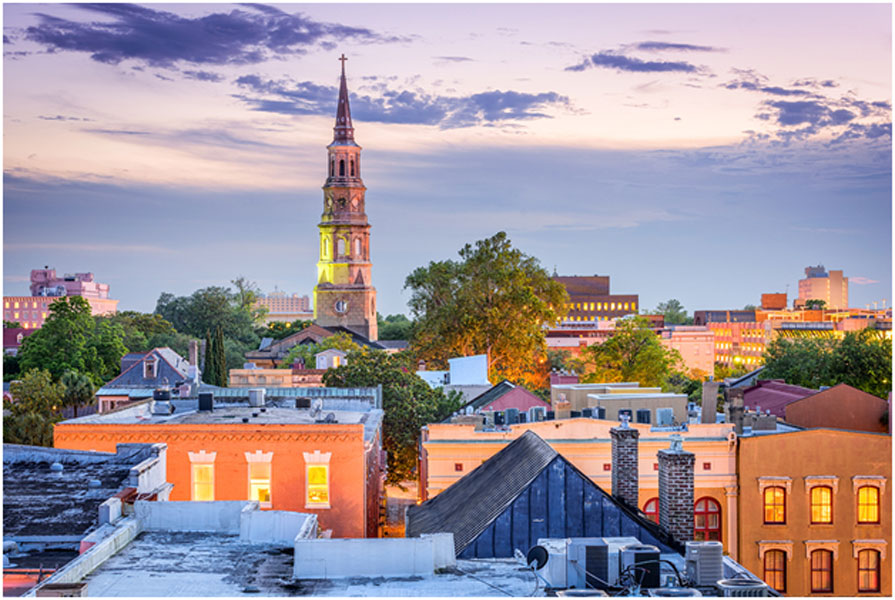 The Charleston City Council approved a new set of zoning rules to limit the trend in building heights and design. This measure will help preserve the Southern architecture that is unique to the Holy City. Recent trends have led to larger developments across the city. Even with height restrictions buildings have become taller and boxier. “You can look at new modern builds, such as the new development at the corner of King and Spring streets, that are big and boxy that are very different from Charleston’s beautiful architecture,” said City Planner Jacob Lindsey to the Post & Courier. “Frankly we think Charleston can do better than that.”

The Council made two key zoning laws changes, setting the direction for a more creative approach to building design downtown. First, height restrictions will now be based on how many floors a building has rather than its height in feet. This will be carefully mapped, block by block. City planners and zoning staff have worked closely with DPZ Partners during the last two years to analyze height restrictions throughout the peninsula. The goal is to make new buildings more conforming to the existing architecture in the city.

The new zoning laws include a new heightmap that consolidates 14 districts into 10 new districts throughout the peninsula. Each district has a new set of standards for the number of floors that can be built. “Measuring height by story gets us better buildings,” City Planner Jacob Lindsey said. “Before, we had developers compressing as many floors as possible into whatever their height limit was.” This will result in most height limits being reduced across the Charleston landscape.

“The overall concept is this: the center of the city should be taller, tapering down heights in our neighborhoods, and that principle is intact,” he told the Post & Courier.  “But even in the spine of the city where tallest heights are called for, the new system only calls for a maximum of eight stories, where previously we had 10 stories or taller.”

The other major revision to existing zoning laws enables the Board of Architectural Review to have a more detailed set of standards when evaluating a new project’s design. This will add a new level of scrutiny to the details of a new building project.  The goal is to establish more standardization and predictability in the approval process. The new rules give the Board a role in roof design, instead of cutting rooves off in a flat-top effect.

When it’s time to build, renovate, or upfit your commercial space, call Carolina Services Inc. We are Charleston’s premier commercial space planning and improvement company.  Contact CSI to see how we can help design, manage and implement innovative and cost-effective solutions for your space.