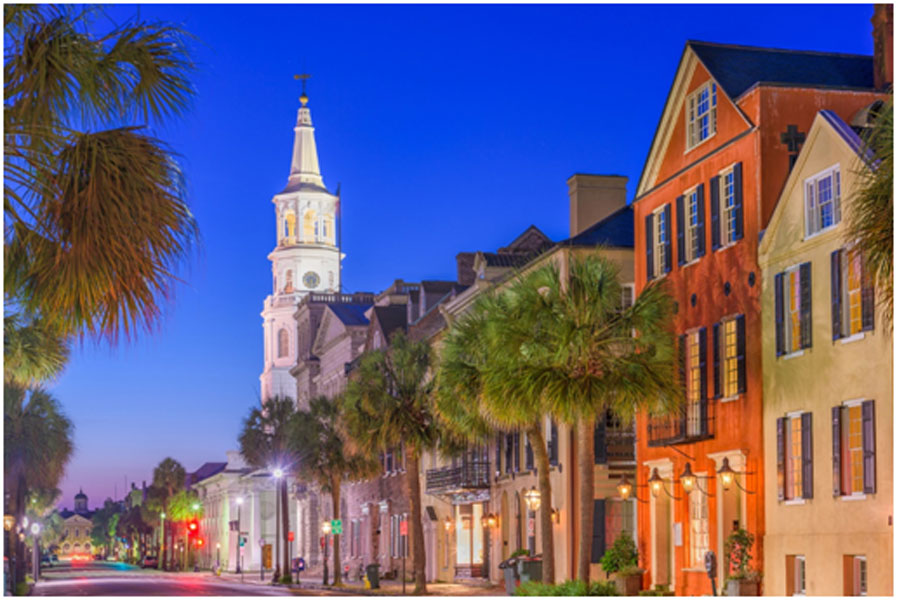 Charleston and North Charleston are among the top five most prosperous cities in the United States according to a recent study by California-based online apartment service RentCafe (rentcafe.com).  The study evaluated cities with at least 100,000 occupants and used six prosperity indicators between 2000 and 2016 to rank them.  These economic factors included changes in population, median household income, home values, higher education degree, poverty rate, and unemployment over the time period. Charleston ranked at No. 3, just after Odessa, Texas (No. 1) and Washington D.C. (No. 2).  Charleston is one of 11 cities evaluated of the 303 municipalities that showed growth and improvement in all six economic factors.

Charleston saw an increase of 35 percent in population growth during this time span. There was also an income increase of 16 percent overall.  Home values rose by 39 percent, and those attaining higher education increased by 34 percent.  The poverty rate decreased by 15 percent, and unemployment dropped by 10 percent.  All these positive economic trends helped Charleston finish No. 3 in the study’s rankings.

Boeing’s presence in the Lowcountry is a key factor in placing Charleston at the No. 3 spot.  North Charleston also benefited greatly from the presence of the aerospace giant, located in North Charleston next to the Charleston International Airport. The No. 5 ranking for North Charleston reflects the large increase in the population of 34 percent and home values by 59 percent.  The area also saw an increase of 53 percent for those residents who attained higher education.  The city of Fontana, California, just east of Los Angeles, was ranked just ahead of North Charleston.

A 2015 study by the Charleston Metro Chamber of Commerce in 2015 shows that tenant firms in the aviation industry cluster in North Charleston doubled over four years, with a resultant 40 percent increase in Gross Metropolitan product for the area.  The area includes the international airport, the Boeing complex, the U.S. Air Force base, and the Charleston County Aviation Authority.

The state’s third-largest city did not make the top 20 rankings.  Columbia saw a 2 percent drop in the poverty level and a 1 percent decline in unemployment. However, it slipped in its income levels by 3 percent. The only larger city in the Southeast to rank among the top 10 most prosperous cities is Miami.  The city of Atlanta landed at 16th place due to such factors as only a 1 percent increase in income level, while having a 39 percent increase in college-educated individuals during this time period. New Orleans was not even considered in the study due to the decimation caused by Hurricane Katrina. Texas claimed 6 of the top 20 spots in the RentCafe rankings.

When it’s time to build, renovate, or upfit a commercial space, call Carolina Services Inc. We are Charleston’s premier commercial space planning and improvement company. Contact CSI to see how we can help design, manage and implement innovative and cost-effective solutions for your commercial space.