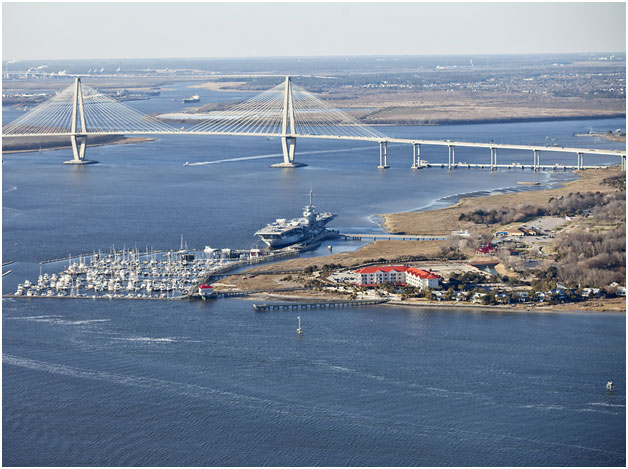 For the 13th year CEO’s have ranked the business-friendliness of each state.  South Carolina ranked number four due to its seventh straight year posting high export sales of 31.2 billion, a $400 million increase over last year, according to the South Carolina Department of Commerce.  Overall the state recruited more than $3.4 billion in capital investments, and created approximately 13,100 new jobs in 2016. The country’s number one exporter, Texas ranked the number one state by CEOs for exporting $232 billion in goods in 2016, according to the Texas Economic Development Corp. Texas also has the world’s first airport catering to industrial needs at the Fort Worth Alliance Global Logistics Hub 11, and deep water ports including the Port of Houston, one of the nation’s most active ports. The state of Texas also has 10,425 miles of freight railways.

Florida ranked number two in the survey of CEOs for creating a business-friendly state, and North Carolina ranked number three.  The Florida business community has created 60,600 jobs since the beginning of 2017, and has added more than 1.3 million new jobs in the state since 2010.  The job growth rate in Florida of 3.2 percent has exceeded the national rate of 1.7 percent for the fifth consecutive year. The North Carolina Economic Development Partnership have done a great job of luring new companies to its state who are considering a relocation according to the Chief Executive (chiefexecutive.net) 2017 survey “Best & Worst States for Business.”

On the other end of the spectrum, California was rated the worst state in the nation for business at No. 50 for the sixth consecutive year. New York ranked number 49, and Illinois listed at number 48. The survey typically has a level of constancy for the very best and the very worst states for business ranked by the CEOs, since Chief Executive began conducting the survey 13 years ago. But there is some shuffling of the rest of the rankings with some states leaping higher in the ranks and some plummeting over the years. This is due to how CEO’s view the business climate at the time of the survey, a state’s economic priorities including any tax burdens and onerous regulations, and the slow pace at which some state governments function.

CEOs generally look at the big picture when making these rankings, and along with governors, state economic development departments and others have focused on creating new jobs and developing new and expanded factories, office and warehouses, as the United States has emerged from the Great Recession.