Benefits of Window Tinting in Your Office and Home 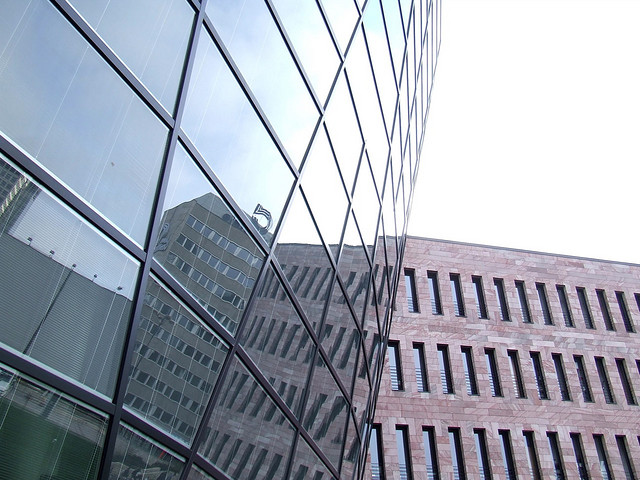 Window tint, or window film, is an extremely thin sheet of plastic with an adhesive that is easily applied to existing windows. Although the terms ‘tint’ and ‘film’ are often used interchangeably, tint refers to a film that is darkly colored – as is used in most automobiles. But film can also be added to the windows of your home and office space in a variety of colors, levels of darkness, and patterns, to both add style, reduce heat, and increase privacy and security. In fact, we at Carolina Services Inc. know there are several benefits of window tinting – and after checking out this list, we’re sure you’ll agree.

Window films work by reflecting both visible and infrared light, which prevents  solar heat from warming up an interior space. This also prevents a glare from disrupting your view of a computer or television screen. In commercial space, window films tend to be tinted and more reflective, reducing heat by up to 80%. In residential buildings, the window films are usually clear and less reflective for aesthetic purposes, but still reduce solar heat by approximately 50%. Window films are most effective in saving energy when applied to south-facing windows because these receive the most exposure to sunlight.

One of the most amazing benefits of window tinting is the strength film adds to the window itself. The adhesive used in bonding the film to the window makes it difficult to break the pane, protecting you and your home or office from destruction due to vandals or natural disaster. And if the force is strong enough to break the window, the film will lessen the number of shards and fragments that result.

Of course, window films can also prevent people from looking into your building. This is a wonderful feature, especially in law or medical offices where client confidentiality is crucial. Many homeowners also choose to install window films as a means of ensuring privacy instead of using blinds, which can gather dust and be a safety hazard to pets and young children.

Furthermore, adding films to the windows of your home or business can protect your furniture, artwork, or merchandise from fading. Some businesses even use tinted windows as inexpensive and stylish room dividers to create the feel of a private office!

Window films can be applied to give the glass a stained, etched, or frosted look to instantly add style to an entryway. Many offices also use window films bearing the company’s logo and information for a professional appearance. And what better way to conceal an unattractive view than with a colorful window film?

With all of these benefits of window tinting, as well as the ease and rapidity with which films are applied, why not choose to tint the windows in your home or office? Contact us today to learn more about  window tinting and other services  to help you protect and improve your space.